High-quality clocks that stay in precise synchronization must have access to two important sources to operate successfully: A power source and a time source.

However, terms like “wireless clocks” and “wired clocks” are commonly used but often misunderstood. In this article, you’ll learn more about these terms and what they mean for synchronized clocks in your building.

END_OF_DOCUMENT_TOKEN_TO_BE_REPLACED

Protecting Your Valuable Equipment and Investments with Guards 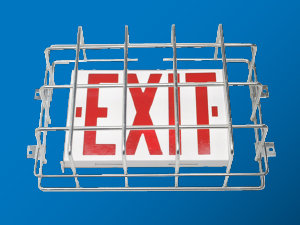 Is your internet router in a place that can be bumped by people in the office? Do you see students jump up to slap that exit sign above the door?

Guards for clocks and other pieces of vital equipment protect your investment from damage, vandalism, and theft. After all, it's not just the equipment you have to think about, but the environment that surrounds it.

There are even more environments where protective guards can save time, money and headaches. Here’s a look at the types of equipment guards available, why they're important, and the best environments for them.

END_OF_DOCUMENT_TOKEN_TO_BE_REPLACED

Clock system 101: What Type of Clock is Best for My Organization?

If you're tasked with selecting a clock system for your organization, the idea might be easy at first: You just buy some clocks and hang them on the walls, right?

But synchronized clock technology offer many options, and the best decision for you depends on the needs of your organization. Here, we'll help determine which type of clock is best for you depending on your industry and the type of building you're responsible for keeping on time.

END_OF_DOCUMENT_TOKEN_TO_BE_REPLACED

Prepare for Daylight Saving Time: Test Your Clocks Before the Change 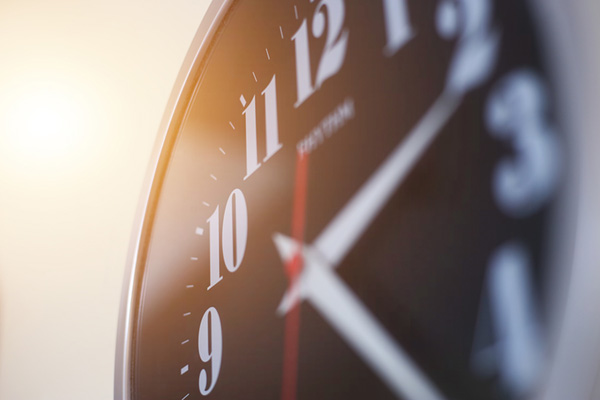 Follow the tips below to ensure your clocks and clock systems are ready for the time change.

Routinely check your clocks leading up to Daylight Saving Time

The beginning and end of Daylight Saving Time serve as natural reminders to make sure your facility's clocks are reliably keeping everyone on schedule.

To ensure that a wired system clock is syncing correctly, unplug it, wait at least 10 seconds, and plug it back in. The clock should be receiving synchronization signals from the master controller and display the correct time within 24 hours.

You can take a similar approach to your wireless system battery-operated clocks. Take the battery out, assuring the clock hands come to a complete stop, and reinstall it.

This is a good time to check the life of your batteries, too. If a battery is supplying 1.5 volts or more, it should be good to go. The clock will automatically be on time within 12 hours or sooner.

END_OF_DOCUMENT_TOKEN_TO_BE_REPLACED 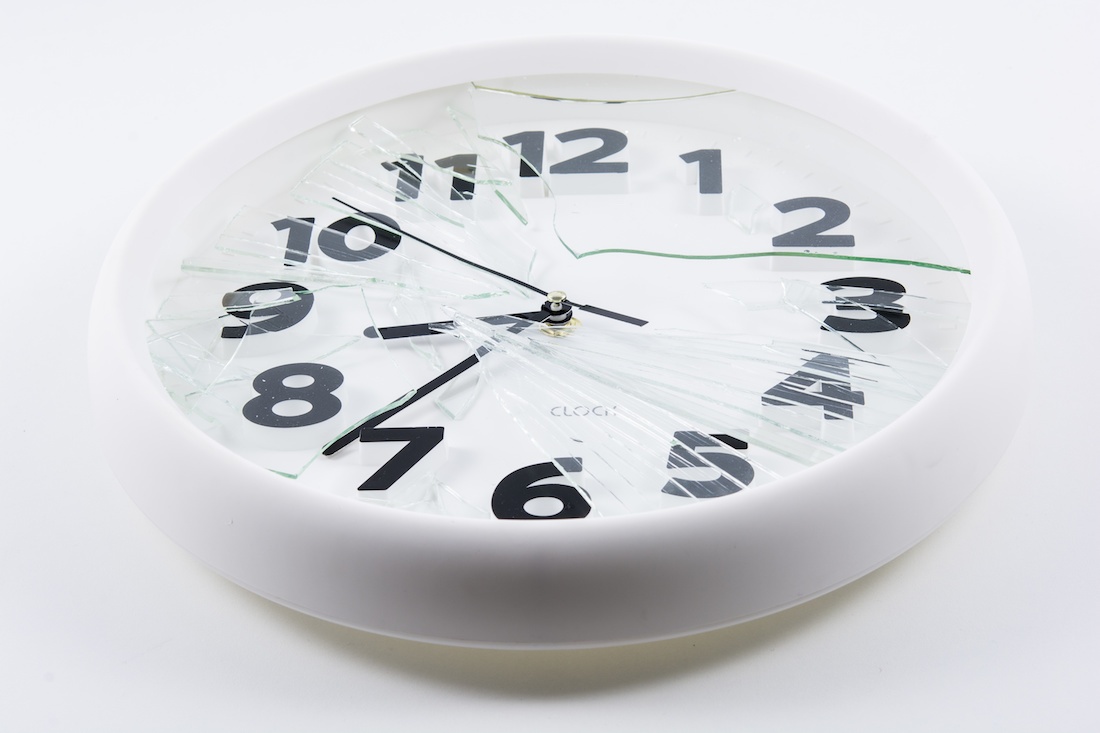 In rare cases, you may have issues with clocks that are supposed to display precise time and synchronize with each other. If they start to drift or not keep the correct time, here are a few quick and easy ways to troubleshoot and keep them ticking on the right time.

END_OF_DOCUMENT_TOKEN_TO_BE_REPLACED 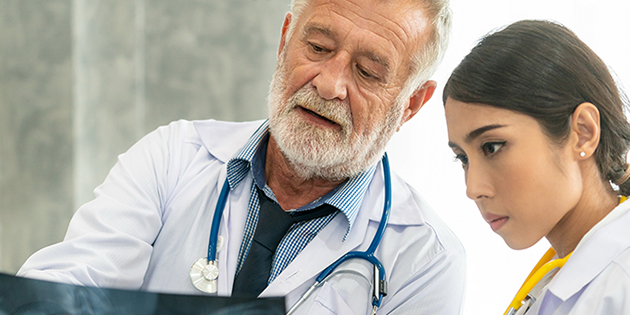 When every second matters, each person in your clinic or hospital needs to be on the same time. Whether tracking surgery time, coordinating patient care, keeping appointments on time or recording tasks, precise time throughout a building or campus is essential.

END_OF_DOCUMENT_TOKEN_TO_BE_REPLACED

How Wi-Fi Clocks Help a Washington Spa Stay on Schedule

Float Euphoria, based in Kennewick, Washington, isn’t your typical spa. They offer a variety of stress-fighting services like massage, cupping, and floatation therapy, a weightless spa experience that feels like you’re floating on top of the water — because you are.

A Tight Schedule in a Relaxed Environment

In order for client’s to get the most out of their massage and float experiences, things have to happen right on time. Both the massage and flotation services must stick to a strict schedule for cleaning, maintenance, and to keep appointments from running awry.

END_OF_DOCUMENT_TOKEN_TO_BE_REPLACED

Clock system 101: What Type of Clock is Best for My Business?

Anyone who's ever visited an ice cream shop, craft beer taproom, or the cereal aisle of a grocery store knows choices can be hard. Cheerios or Captain Crunch? Weird... somehow they both ended up my cart. But sometimes in business, you have to make just one choice and when making big decisions is part of your job, the stakes only rise.

If you're tasked with selecting a synchronized clock system for your facility, there are many options to choose from. If you don’t know much about synchronized time, your mission might seem easy at first, you just buy clocks and hang them on the walls right? But just like buying an ice cream cone or picking out your favorite cereal brand, there are a variety of options to choose from. We are, after all, talking about installing an entire network of electronic devices.

As you delve deeper into this mission, you might require some guidance. Here, we'll help you determine which type of clock is best for you, depending on your industry and the type of facility you're responsible for keeping on time.

END_OF_DOCUMENT_TOKEN_TO_BE_REPLACED

Why We Still Need Wall Clocks in an iPhone World 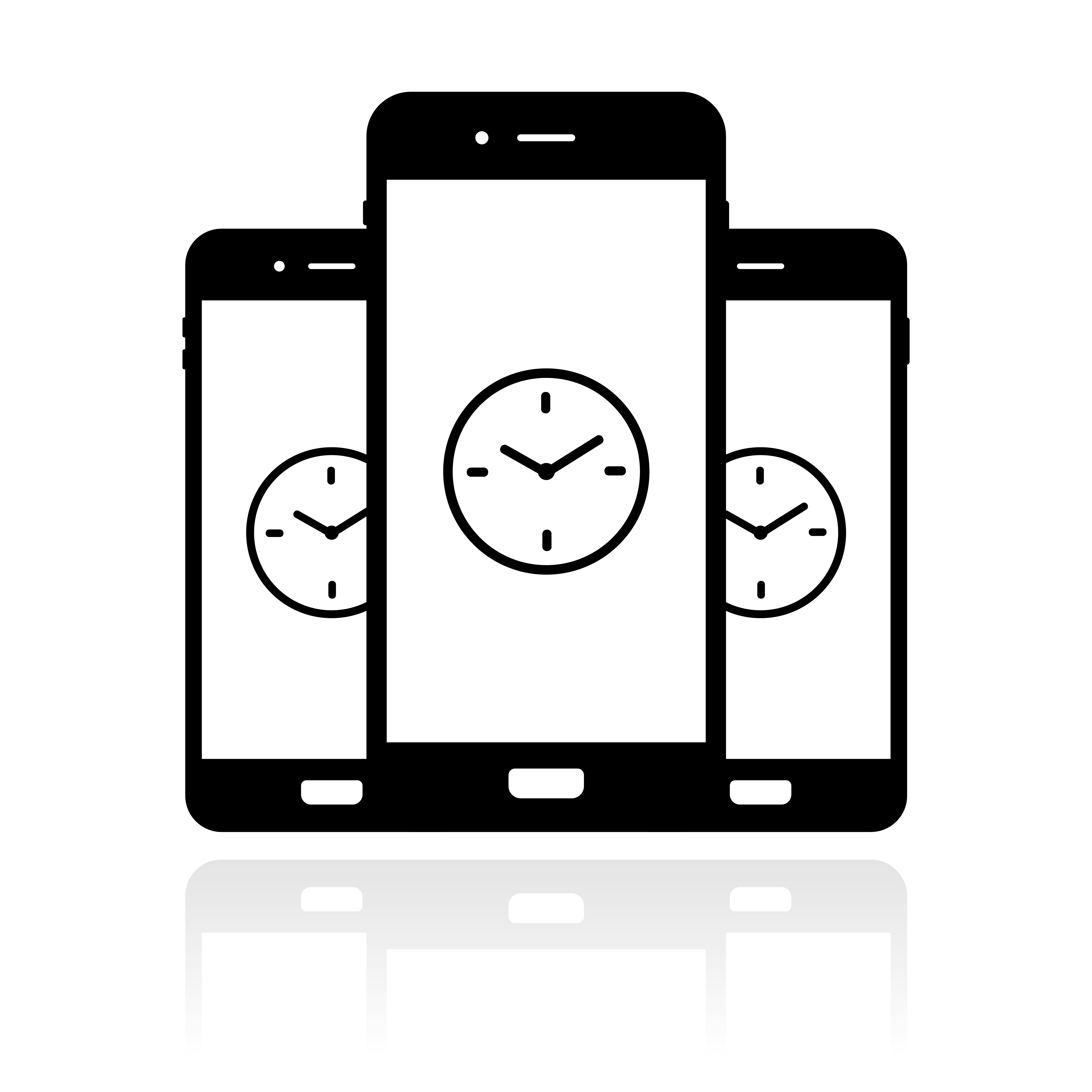 Older technologies may not get people as excited as the new iPhone, but in many cases, they prove their enduring usefulness time and time again.

Election officials still depend on paper ballots because it's hard to trust the inner workings of a computer system for a task as important as counting votes. People who conduct a lot of business over the phone prefer a landline because it provides more audio clarity and they know it won't drop their calls. Audiophiles still prefer vinyl records to their digital counterparts because there's just something about that warm, analog sound.

While the bugs get worked out in the new devices that dominate our lives, trusty standbys remain at your service. You might think that one casualty of the march of technology would be the humble wall clock, which now competes with the smartphone in everyone's pocket.

Those phones do a lot, including display the time, but they don't accomplish that task as well as a wall clock connected to a synchronized time system. Despite almost everyone having a clock in their pocket, there are many everyday scenarios that necessitate a wall clock, whether for safety, security or convenience.

END_OF_DOCUMENT_TOKEN_TO_BE_REPLACED 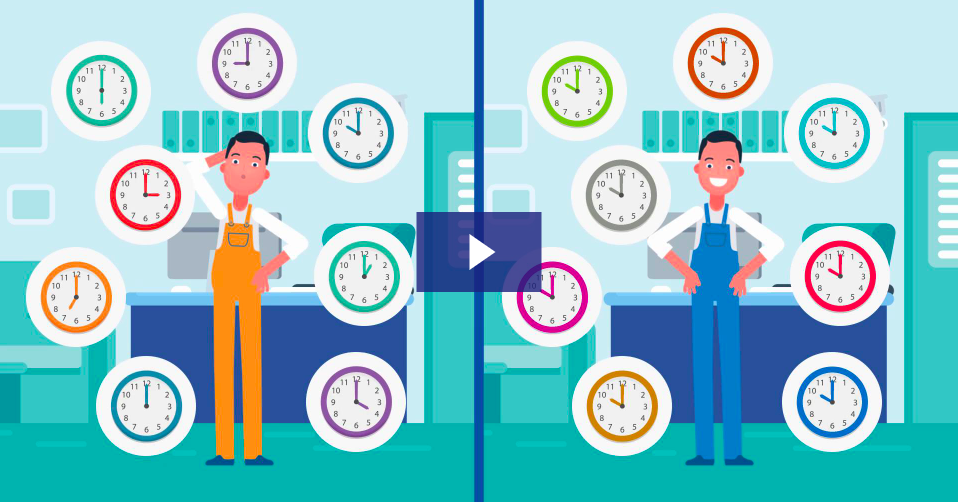 Daylight Saving Time seems simple enough. You just adjust the clocks to the new time, right? But what if you have more than a few clocks? We've created a quick video to describe the difference between Right Burt, who has a no-hassle timekeeping system which easily adjusts for Daylight Saving Time, and Left Burt, who... is a little stressed out after DST.