How Wi-Fi Clocks Help a Washington Spa Stay on Schedule 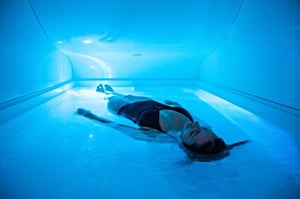 Float Euphoria, based in Kennewick, Washington, isn’t your typical spa. They offer a variety of stress-fighting services like massage, cupping, and floatation therapy, a weightless spa experience that feels like you’re floating on top of the water — because you are.

A Tight Schedule in a Relaxed Environment

In order for client’s to get the most out of their massage and float experiences, things have to happen right on time. Both the massage and flotation services must stick to a strict schedule for cleaning, maintenance, and to keep appointments from running awry.

Ryan Wright, the owner of Float Euphoria, says, “We run a float every two hours. In between appointment times, the tanks have to be cleaned and polished, so we’re on a very tight schedule.”

In addition to this, the spa offers a massage and float combo that’s popular with couples. This requires precise coordination between the massages of the two individuals so they can be released to enjoy the flotation together in their respective pods. The problem was that the clocks in the massage studios were off by a few minutes, leading to clients being let out of their massage either too early or too late. 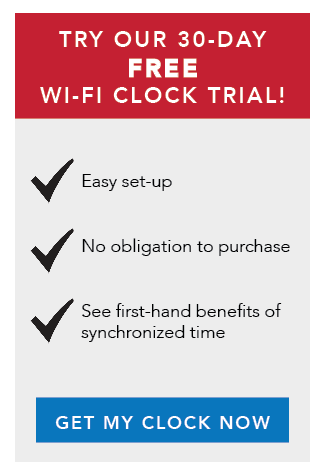 Float Euphoria is dedicated to ensuring the best experience for every client and sought a solution to their timing problem. That’s when they came across American Time’s Wi-Fi clocks.

“All of the other clock vendors had clocks that were geared for huge institutions, where I’d have to invest in a master clock or buy 100 clocks,” Ryan says. “They weren't interested in working with a small business like mine. American Time had exactly what I needed. I could order just a few clocks and the pricing was right.”

Interested in trying out the Wi-Fi clocks, Ryan requested a free 30-day field test and American Time shipped the clock right to Float Euphoria. While Wi-Fi clocks can come pre-configured and connect automatically to your existing wireless network, Ryan chose to configure the clock himself and found it to be an easy process.

He was struck by how quiet the clocks were. (After all, the last thing you want to hear when you're trying to relax is the ticking of a clock.) But the best part of the Wi-Fi clocks is how accurate they are, resulting in appointments ending and starting on time (and in sync), supporting Float Euphoria's goal of running an efficient, client-centered business.

“The clocks have been amazing,” he says. “They’re accurate within a second and they help us run a tight ship!”