Emergency Communications: The Deciding Factor in Almost any Crisis 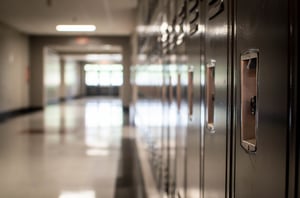 Part 1: Enterprise Risk Management for Schools
Part 2: Serving Those with Access and Functional Needs in an Emergency
Part 4: Are your Special Programs Protected?

Many people assume that the most important thing during a crisis is responding to the event - for example evacuating during a fire or deciding how to respond to an active shooter in the building. But the real challenge during any school crisis is even more basic: How do we warn others nearby and protect the rest of the building?

While close analysis of almost any crisis event will typically reveal communications challenges – or even errors – that contribute to the difficulty of response, there are a few key examples from our nation’s history that can be illustrative to this point.

On a cold December morning in 1958, a young boy lit a match in his school’s boiler room. He had gotten a restroom pass but instead made his way to the unlocked boiler room. The fire quickly spread and many of the building’s occupants evacuated using the procedures they had practiced each month. But the fire alarm was not pulled for an extended period of time because the building’s headmaster was across campus when the fire was first detected.

As a result, several classrooms did not evacuate because in their panic they fell back on their training, which had conditioned them to wait for a signal before evacuating. While a person thinking rationally would evacuate for a fire, teachers faced with the panic and chaos of smoke and fire immediately outside their classroom were not able to think clearly. In this case, there were many factors that contributed to the massive loss of life. But one critical component was the delay in emergency notification.

The Active Shooter that never became a mass killer

In contrast, the active shooter attack at Arapahoe High School in Littleton, Colorado in 2013 is an excellent example of how quick thinking and use of daily communications equipment can save lives. While the attack itself lasted just under a few minutes, the school’s custodian saw the attacker approaching the rear of the school and called a lockdown over his radio. This message cascaded into notification throughout the school, and school’s interior spaces were all locked down within about 7 seconds. While the attacker in this case did claim one victim, it appears that his attack was interrupted and cut short by the quick thinking and communication throughout the school. For more on this incident, see the after action report that Safe Havens International conducted upon the request of Littleton Public Schools.

The common thread between these two incidents – and many of the school crisis events we have studied – is the ability of staff to take action and warn others of the danger. By “the ability” I mean both the technical capability as well as the philosophical ability. School staff are trained not to deviate from curriculum, discipline rules and everything else. During an emergency, however, these same staff members are now expected to take independent action and warn others as well. Just like the custodian at Arapahoe High School, any school employee should be ready to communicate danger using any available means. This requires the technical infrastructure but also policy, training and drills that allow practice of these skills.

One of the most basic upgrades a school building can undergo to improve this empowerment from a technical standpoint is the phone system. Over the past few years, many schools have moved away from traditional landline phones and adopted Voice-Over Internet Protocol phones (VOIP). While there are many useful features of VOIP, one of the best from an emergency preparedness standpoint is the ability to program an all-call function from most phones.

This feature can be critical since it can allow any staff member to make an emergency notification immediately from their classroom or work space. Some systems even allow remote access, which could be helpful if a staff member is outside and sees a threat that requires evacuation away from the campus. In this scenario, having a radio would be useful but having a cell phone that is programmed to quickly access the school’s PA would allow that staff member to immediately put the school into a protective lockdown while seeking safety for themselves.

This is an excellent example of how an Enterprise Risk Management (ERM) approach can help schools address their safety challenges while staying in budget and maintaining infrastructure. By considering emergency notification needs within overall organizational planning, basic infrastructure upgrades can be leveraged to enhance safety (Learn more about ERM in the blog “Enterprise Risk Management for K-12 Schools”). Another benefit of the ERM approach is identification of potential pitfalls during implementation.

For example, from the perspective of the IT department, upgrading dated phone systems with a VOIP system might make perfect sense, and facilities and maintenance staff might remove all of the old phone equipment when they are preparing the building after the upgrade. But one downfall of these systems is that they will not work during a power outage – and will only work in a limited fashion under backup power. Keeping a hard line phone as a backup is a critical component of this upgrade that the security department might suggest. Without the coordinated approach that ERM provides, this opportunity might be missed altogether.

In addition to having backup equipment and communications methods, redundancy of processes can also be important. For example, emergency procedures should include instructions to call 911, as well as instructions for staff to make a backup 911 call later when time is available. While this might seem unnecessary, in our work we have seen too many examples of schools that fail to make critical emergency communications or simple mistakes made with those communications. Whether using radio, phone or e-mail, the opportunity to miss a communication or incorrectly relay a message could result in further loss of life during a major crisis.

To prepare, all staff should become well versed in how to use any emergency communications equipment at their disposal. Use the actual tools in drills so everyone gets hands-on practice. And don’t forget to practice what happens when the power goes out, cell networks go down, and you have to resort to runners and verbal notification during a crisis.

This blog is part of a series by guest author Chris Dorn. Chris is a co-founder of Safe Havens International (SHI), the world’s largest non-profit school safety center. Founded in 2001, SHI works to create sustainable solutions for schools working on limited budgets and with limited available staff resources for safety. Chris has trained or provided assistance to the Federal Emergency Management Agency (FEMA), the Department of Homeland Security, the International Associate of Chiefs of Police, the Israeli National Police, and dozens of state departments of education and law enforcement agencies. SHI has provided post-incident assistance for over 300 school crisis events, including 12 active assailant/targeted acts of violence in schools. More information on Safe Havens, including their free resources and groundbreaking research, is available at www.SafeHavensInternational.org.