A Smarter, More-Connected Campus; How One Tech-Oriented California School Transformed Their Communications and Culture with EverAlert 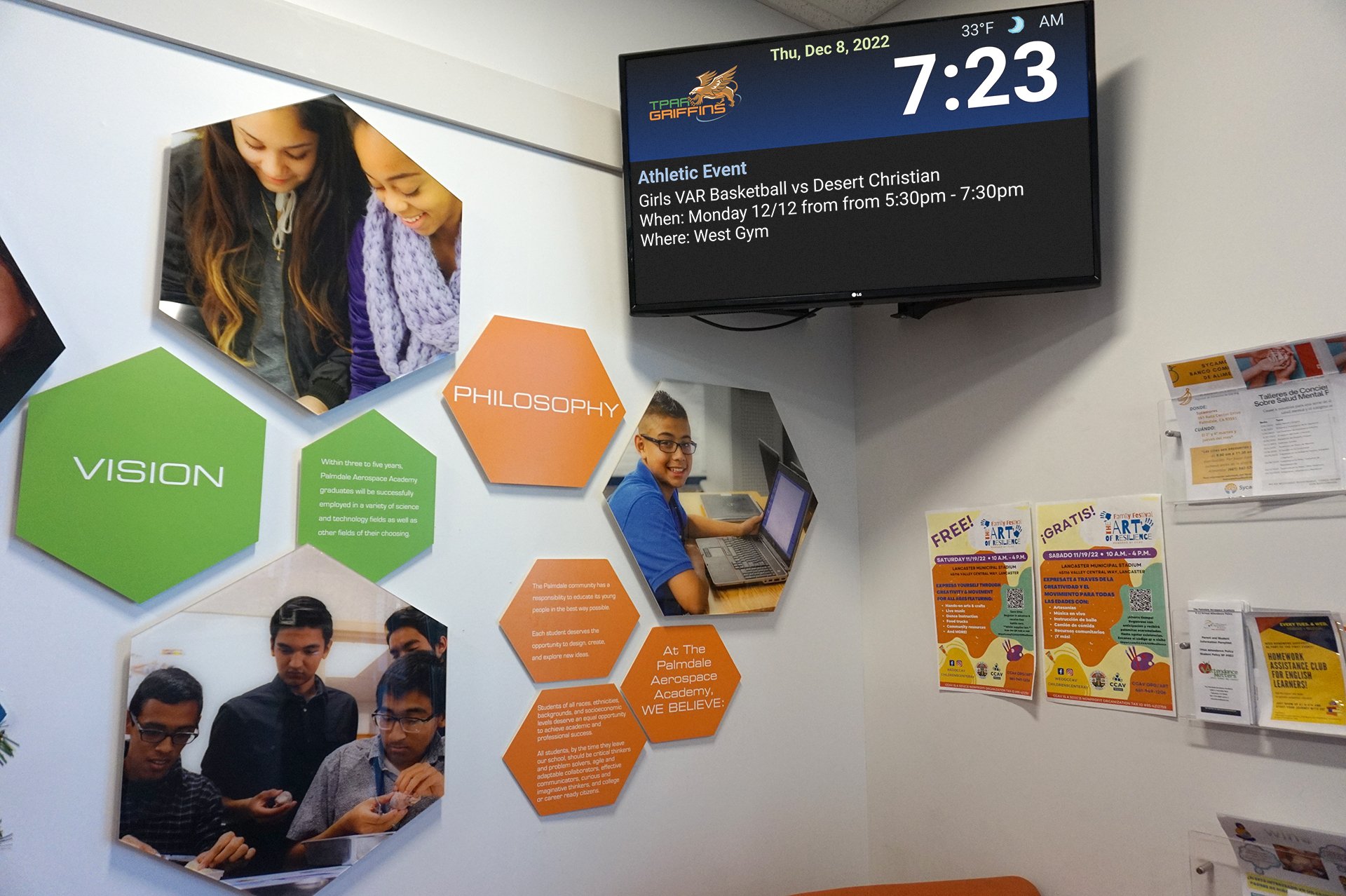 Founded in 2012, the school serves California's Antelope Valley community -- an area 40 miles north of Los Angeles nicknamed "Aerospace Valley" due to the aerospace industry's long-standing presence. TPAA is a STEM-focused K-12 school with the express intention of supporting the highly technical needs of its neighboring industries.

Ten years later, the school educates over 2500 students. As enrollment grew, so did the challenges. Steel-framed buildings made it difficult for their classroom atomic clocks to synchronize. They had an emergency alert system, but it wasn't integrated with any other systems. Despite being spread across two buildings with a number of outdoor campus facilities, there was no bell system. More students meant more systems to manage.

American Time's EverAlert system changed all that and, in the process, changed their culture.

A Complete Solution in One System

The EverAlert system, combined with the inCloud Management Portal, provided a single platform to address those challenges, bringing synchronized timekeeping, emergency alerts, routine messaging and classroom bells together in a single system. It was also easy to install, set up, and train staff to use; by the start of the 2022-23 school year, over 150 EverAlert devices were operational on campus.

Today, EverAlert is an integral part of the school's daily operation. With EverAlert displays throughout their campus, TPAA staff know they have the flexibility to find the ideal way to communicate with faculty, students and visitors.

"Teachers love that they don't get interrupted by the phone during class if a kid needs to come to the office or something, " said Paul Dilger, TPAA's Chief Operations Officer, "and the kids have really embraced it. They like the tech and respect it."

They've also used their EverAlert system to consolidate parts of their facility management and save money on infrastructure; for example, instead of installing an expensive and equipment-intensive bell system that can only serve a limited role, their entire bell schedule is managed on the inCloud Management Portal and transmitted across their EverAlert system with both an audible bell and message text.

"Tying that audio event to something broadcast on the screen is huge," Dilger said. "We can schedule all of it ahead of time, and the scheduler on inCloud makes it so easy to select and make changes."

Since TPAA also takes advantage of their expansive outdoor facilities during the school day, Dilger and his staff appreciated the ability to manage high-volume Wi-Fi-connected physical bells with the same scheduler, ensuring everyone stays in-sync across the entire campus. 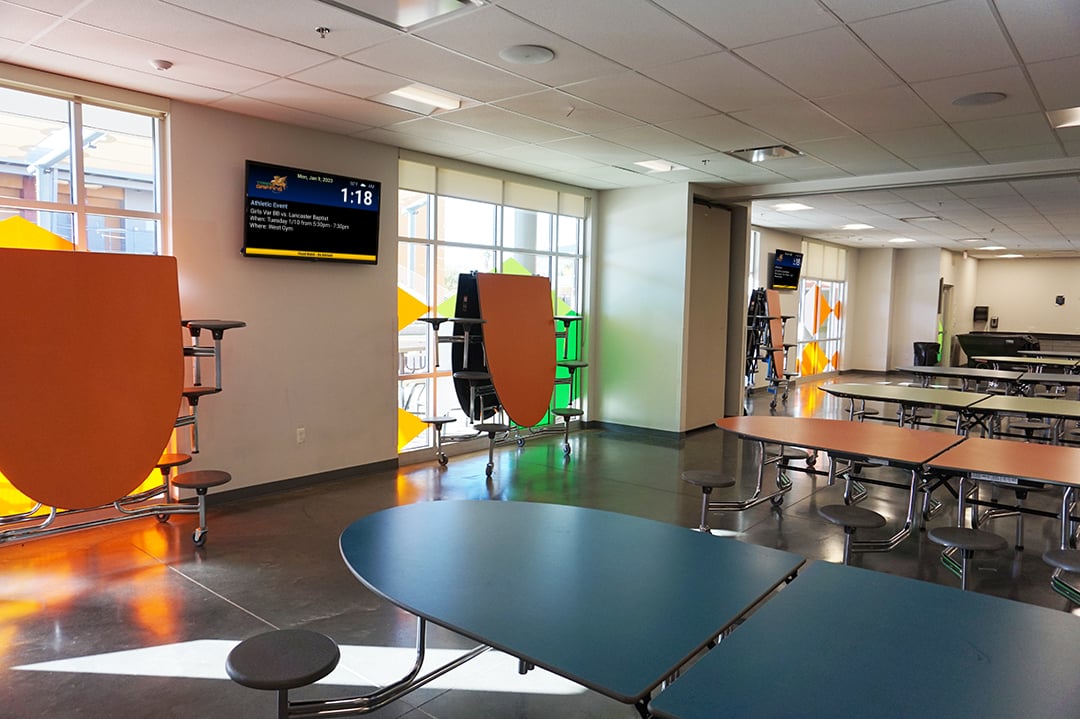 As Dilger and his staff became more familiar with their EverAlert system, they realized it was also a way to develop and reinforce the values and community of their school.

"Everybody refers to it," he said. "We've got a health campaign going to remind kids to drink more water during the day, so we have messages scheduled for that. Admin will send thank-yous to our office staff over the displays. Kids get excited when they hear the notification sound. It's not just information -- it's a culture-builder."

"Sometimes kids will wait around when their parents are picking them up because they want to show off that their name is going to come up on the screen," added receptionist Julia Banuelos.

Appropriately for the culture of an aerospace school, the students even hear the Top Gun Anthem over the EverAlert displays at the end of the day for their "leaving theme."

Dilger has found that their EverAlerts don't just simplify and enhance their communication to staff and students; they make a statement to the many visitors their school hosts, and helps them look the part of a technology-oriented school.

"It looks high-tech. When we get dignitaries and authorizers in here, we put up welcome messages for them -- it just stands out and looks advanced," Dilger remarked. "And those visitors don't see that sort of thing in other places, all combined in one package like that."