What Clock System is Best for My College Campus? 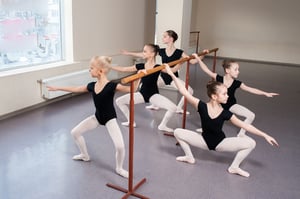 When you think of choreography, you probably picture your favorite music video or your kid's dance recital, or anything with a lot of synchronized twists, steps, and spins.

But there are a lot of things that have to be choreographed, such as a typical day on a college campus. It can be a beautiful thing to watch the teeming masses scurry across a stately campus in the pursuit of knowledge, and like any graceful production, it requires an eye for detail.

When you think about the clock system that ties your campus schedule together, one detail you must consider is which type of clock you should install. Also, it's important to know that in the world of synchronized clocks, Wi-Fi and wireless mean two different things. Let's explore which type of clock works best for you, depending on the size of your campus.

Wireless clocks are the best solution if you're installing 50 clocks or more. Receiving a radio signal from a transmitter, wireless clocks can receive a time signal from several blocks away, making them well-suited for large campuses.

The transmitter, which comes in varying sizes depending on your needs, sends a signal that can penetrate multiple floors and various building materials, making it suitable for not only large campuses but large buildings.

Wireless clocks are less expensive than their Wi-Fi counterparts. The catch is, you have to buy the transmitter.

That's where the 50-clock threshold comes into play. At that point, the transmitter pays for itself as you realize the cost savings on a per clock basis.

When Wi-Fi Makes the Most Sense

Wi-Fi Clocks, which tie into your local Wi-Fi network, are most suited for compact campuses with fewer than 50 clocks, such as a single-building community college.

Available pre-configured to your Wi-Fi network, Wi-Fi clocks can be operational just minutes after being unboxed.

With Wi-Fi clocks, you also don't have to worry about clogging up your network. Each clock in a Wi-Fi system connects to the network twice per day for just milliseconds as it syncs with a time server, making bandwidth concerns irrelevant.

Wi-Fi and wireless clocks both come in battery-operated models, as well as the electric variety. As you consider which type of power source is best for you, think about your building infrastructure and your maintenance resources.

With battery-operated clocks, you don't have to worry about having the right wiring. They do, however, require you to change the batteries every five years.

Electric clocks, on the other hand, are maintenance-free once installed, making your to-do list that much shorter. However, they’re not as mobile as they require a nearby electrical outlet.

Whether you choose wireless or Wi-Fi, electric or battery-powered, students and professors on your campus can rely on your clocks to keep them punctual. To learn how the University of Illinois benefited from installing a wireless clock system, read this case study to find out more!